Part two of a three-part series. If you like you can catch up on part one right here​.

Trumpeting the unseen worlds of imagination and experience, irrational madness, beauty, emotion and above all the Sublime, Romanticism stormed across the tidy classical world of late 1700s Europe.

Progressive artists took the notion of the Sublime to mean everything in nature beyond the bounds of Reason and “human sympathy.” In other words, this was a new, proto-modern vision of nature as indifferent to human griefs and joys, the first memo from the existentialist future. Painters like the German artist Casper David Friedrich responded with landscape paintings that convey the sense of humanity as just a small and surprisingly helpless thing next to the yawning immensities of the universe.

The prime example is Friedrich’s painting variously known as The Sea of Ice, The Polar Sea, and The Wreck of Hope (the artist exhibited it first in 1824 under the title, An Idealized Scene of an Arctic Sea, with a Wrecked Ship on the Heaped Masses of Ice). In this striking work, Friedrich omitted the figure and pushed the sublime indifference of nature about as far as the public could take at the time. Friedrich, The Wreck of Hope (detail)

Look closely at the detail from the painting above: amidst the vast, forbidding desolation and merciless, impersonal natural forces of crushing glacial ice, you can see the small stern of a ship trapped in the ice being slowly crushed to pieces. A writer in Time Magazine in 1974 nailed exactly what’s going on in this painting: “the image he produced, with its grinding slabs of travertine-colored floe ice chewing up a wooden ship, goes beyond documentary into allegory: the frail bark of human aspiration crushed by the world’s immense and glacial indifference.”

Friedrich’s advice to landscape painters? “Close your bodily eye so that you may see your picture first with the spiritual eye. Then bring to the light of day that which you have seen in the darkness so that it may react upon others from the outside inwards”  (1830).

John Constable, painting at about the same time as Friedrich (1820s), also made nature his subject by minimizing the human presence, however here man and nature are not at odds, but in harmony.

If the Romantic artist interprets nature “with the spiritual eye,” other artists of the period embraced nature not as malevolent but as divine: resonant with emotion and spirituality JMW Turner, John Constable, (above), or George Inness.

As did most painters of the period, American landscapist George Inness synthesized various aspects of Romanticism and the classical approach. Crucially, he also incorporated and adapted the poetic portrayal of nature that he saw in the French Barbizon school, 1830-18570, the precursor to Impressionism). This he fused into his own spiritualized vision of the landscapes of New England and New Jersey, in which he sought to make the immaterial, spiritual world visible through the material world. In Peace and Plenty (above), again the human figures are dwarfed by the vastness of nature, but now they’re part of a warmly painted mood-scape in which detail is subsumed and all is harmonized by tone (hence the movement known as Tonalism, which Inness inspired).

Peace and Plenty  and other paintings like it led American painting into the 20th century: they came as a soothing balm for a nation traumatized by civil war and experiencing the rapid industrialization of society and everyday life. 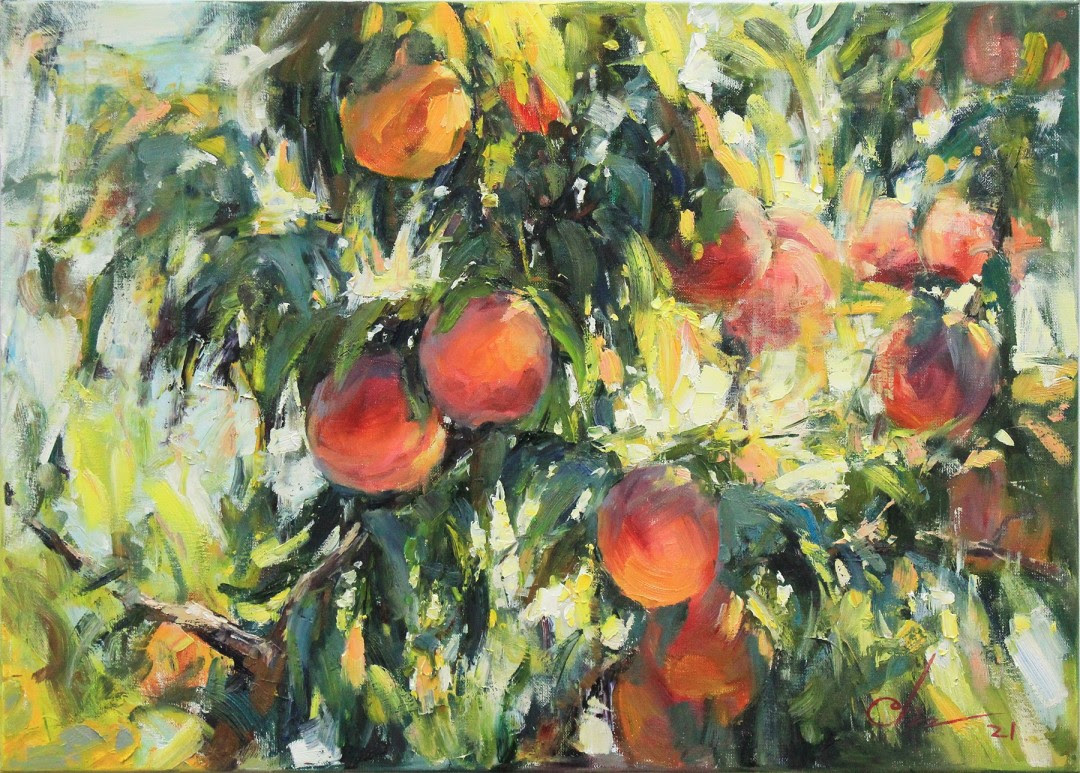 Plein Air magazine’s monthly salon is an open competition that culminates in a lavish award gala with big cash prizes for the best paintings overall in multiple categories. Visit the Plein Air Salon website for your chance to enter your work in the monthly contest, from which the finalists for the grand prizes will be drawn.