Get Ready for Enthusiasm!

“Mastery does not come from dabbling. We have to be prepared to pay the price. We need to have the sustained enthusiasm that motivates us to give our best.”  – Eknath Easwaran

I sometimes hear painters refer to their work as an “artistic practice,” in the sense of something they habitually do (as in, “I make it a regular practice to …”). The phrase artistic practice carries with it, for me, the usual sense of practice, that one is constantly learning by doing.

It also implies something about the character of the work: an artistic practice suggests that the for artist the work is neither an obsession nor a discipline, but somewhere in between – more or less a bit of both.

John LaFarge, The Muse of Painting, 1870

So if not discipline, what’s going to get us to the easel and keep us going back? I like the word enthusiasm, as in “the sustained enthusiasm that motivates us to give our best.” Enthusiasm comes  from the ancient Greek en-theos, which meant to be filled with a god, that is, entered into with “divine energy.”

The good news is that, at its root, enthusiasm implies that it is not something we have to generate on our own, purely out of nothing. Enthusiasm comes from engagement with something outside of us. You become filled with enthusiasm by taking the necessary first step and following where the path as it opens leads next.

You can’t force inspiration, but you must be ready when it comes – or it simply won’t. It’s on us to open ourselves and remain open to it, to show up and to be there, and to clear away the obstacles we place in our own paths. Bryan Mark Taylor produced a whole video called The Master’s Mind on painting that touches on this subject of helping artists recalibrate thinking so as to avoid complacency and stagnation. 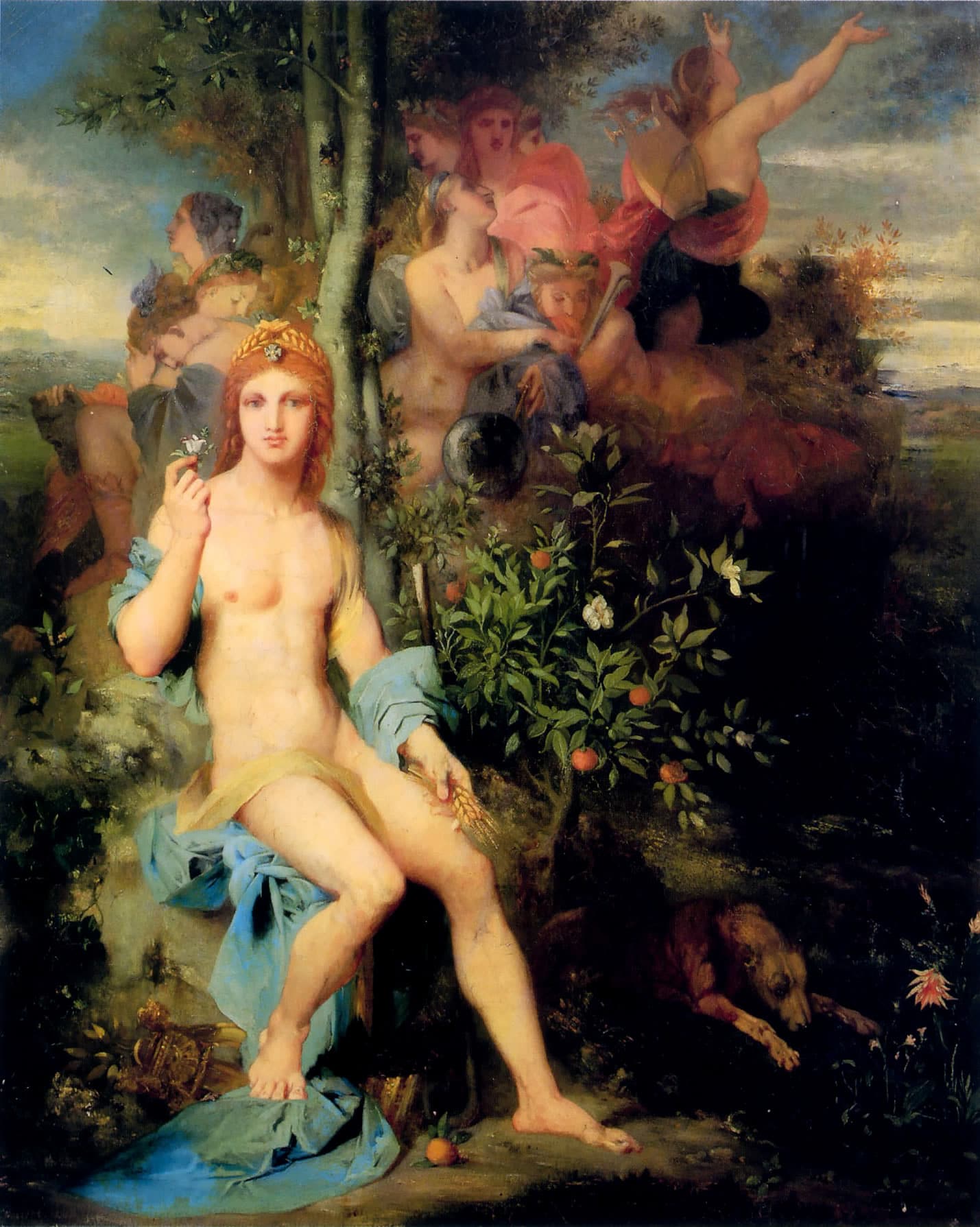 The Greeks believed the source of artistic inspiration was the Muses – divine energy-beings capable of possessing and working through us. Again, the idea is that we act as conduits for something rather than having to come up with it ourselves.

The Latin in-spiritus is to be “filled with spirit,” the original meaning of which relates to breath – picture a ship’s sail filling with a fair wind and the vessel beginning to cleave the waves.

(Plato may have written that artists only create lesser imitations of reality, but he also implied that beauty was as close as we can come to touching Truth.)

At best, a practice is an entheos – at the very least it’s a continuous activity satisfying in itself. As such, it’s something that, when directed both toward the self and others, can structure and give vital meaning to life. May you discover within yourself that self-renewing flame capable of shedding light for all to see.

Thousands of Wyeths Slated for Viewing

The Wyeth Foundation for American Art has established a collection-sharing arrangement providing for more than 7,000 works of Andrew Wyeth to be maintained, conserved and exhibited for the general public at the Brandywine River Museum of Art and the Farnsworth Museum of Art, as well as making such works available for loans to other institutions and encouraging research into the life and legacy of Andrew Wyeth. “Refuge” by Andrew Wyeth Courtesy of the Bruce Museum

The Wyeth above and the Cassatt below are among an incredible bequest that will land at The Bruce Museum in Greenwich, Conn. The Bruce last week the promised gift of a major collection of European and American art—ranging from French and American Impressionism to the works of Winslow Homer, Edward Hopper, Alberto Giacometti, Henry Moore, and many others—which will come from an anonymous Greenwich couple. The private collection of 70 works, encompassing paintings, sculpture, watercolors, drawings, prints, and photographs.