“Either the wallpaper goes, or I do.” — Reputed last words of Oscar Wilde

It was the most poisonous color in the history of art.

Invented in 1775 by the German-Swedish chemist Carl Wilhelm Scheele, “Scheele’s Green,” aka Schloss Green, was gorgeous, cheap, and easy to produce. It was also an extremely toxic nerve agent.

Its main ingredient, arsenic, is a naturally occurring heavy metal present in the earth’s crust. It’s a problem, because it seeps into our groundwater both naturally and as a byproduct of industrial activities, something government agencies test for constantly.

Scheele’s synthesis of arsenic was the first bright green pigment and fabric dye anyone had ever seen. So of course it was an immediate hit, showing up in artificial flowers, candles, children’s toys, fashionable ladies’ clothing, soap, cosmetics, confections, and wallpaper. Artists loved it, because suddenly sparkling, emerald-green summer landscapes became an option. 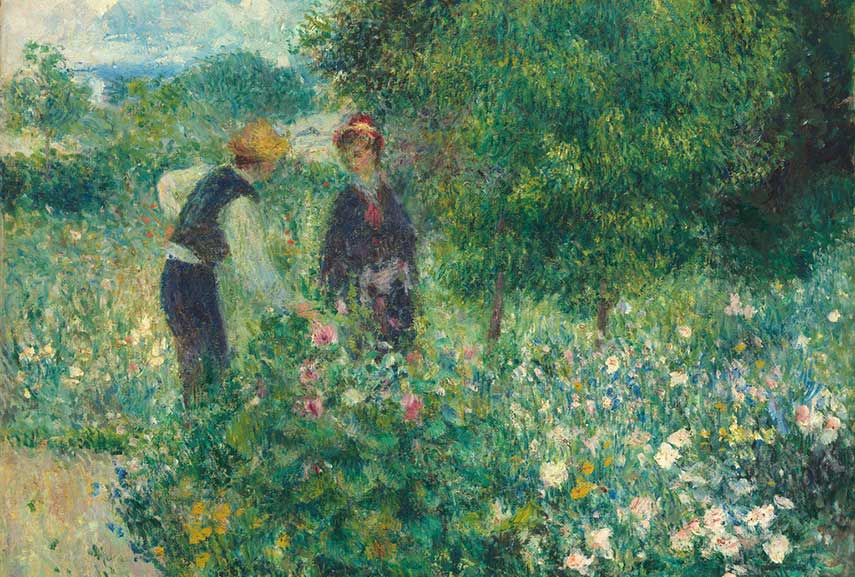 Prior to the mid 1770s, all that painters had were less vivid green earths and copper-carbonate-based greens. Scheele Green’s follow-on 19th century cousin, another arsenic-based paint pigment known as Paris green, was even more popular, though no less poisonous to anyone who came in contact with it. Napoleon Bonaparte was a major fan. However, when Scheele’s Green wallpaper, such as that in Napoleon’s bathroom, became damp or moldy, the pigment in it metabolized, releasing poisonous arsenic-laden vapors. Napoleon died at 51. (Coincidence? Then again, the man’s frequent and lengthy sessions in a lead-lined bathtub surely didn’t help either.)

In 2008, an Italian team of chemists tested strands of Napoleon’s hair from four points in his life—childhood, exile, his death, and the day thereafter. They determined that the samples contained roughly 100 times the arsenic levels of contemporary people in a control group.

Both Napoleon’s son and his wife Josephine also had elevated arsenic levels. In 1980, a lab ran a chemical analysis on an heirloom keepsake scrap of the wallpaper from the notoriously damp chateau the family occupied.  Turns out it had 12 grams of arsenic per square meter. Wallpapers containing 0.6 to 0.015 grams per square meter are considered hazardous. Basically they were living inside a constant cloud of poison gas.

Art historians believe Paris Green may have had a hand in Cezanne’s diabetes and Monet’s blindness. Despite its dangers being common knowledge, it wasn’t finally banned until the 1960s.

Fascinated by color? Learn how to mix and create color harmonies from professional painters’ instructional DVDs. Today’s common green pigments, of course, are no longer toxic. Phthalo green, however, and cadmium green are colors that are harmful if swallowed. Sap green and permanent green are common choices for safe paint, but many a painter says you never get the right shade of green straight out of a tube, so you may as well mix your own.